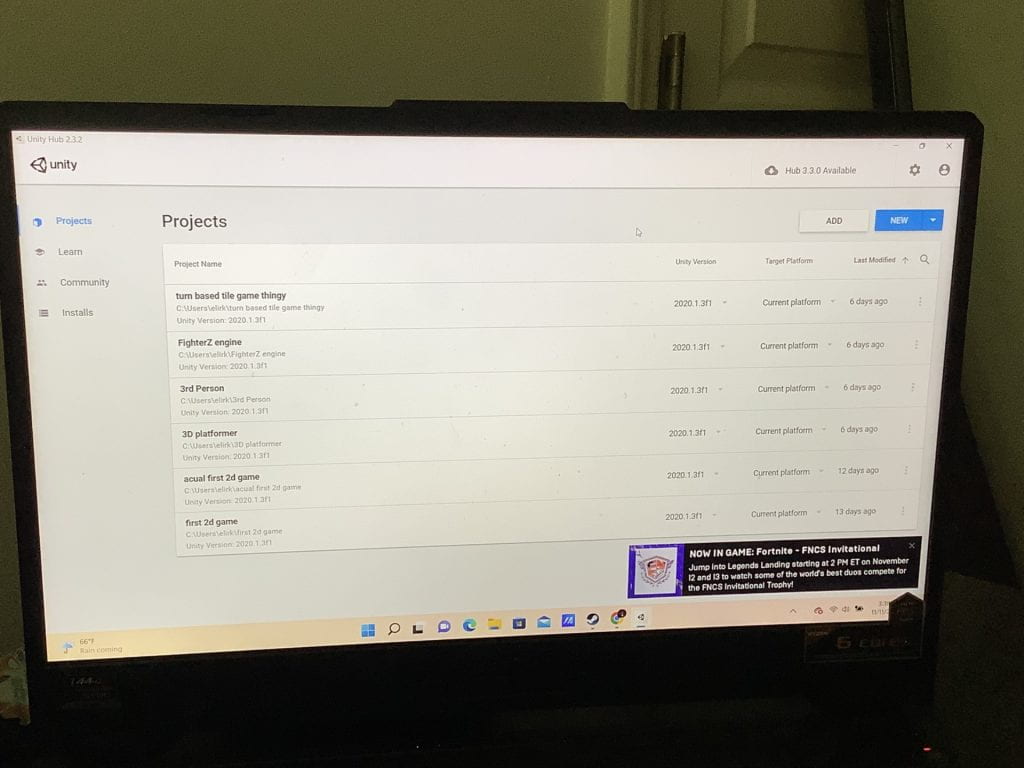 Unity is a game engine that supports many the coding languages C# and C++ and makes 2D and 3D games. Unity was launched on June 8, 2008. I had been hearing about the engine for a couple years and recently decided to learn to use it. I currently am making a little strategy game involving making buildings to produce resources using a tutorial. I may update you on this but probably not. The language I am using is C# and I also happen to be learning that language too. 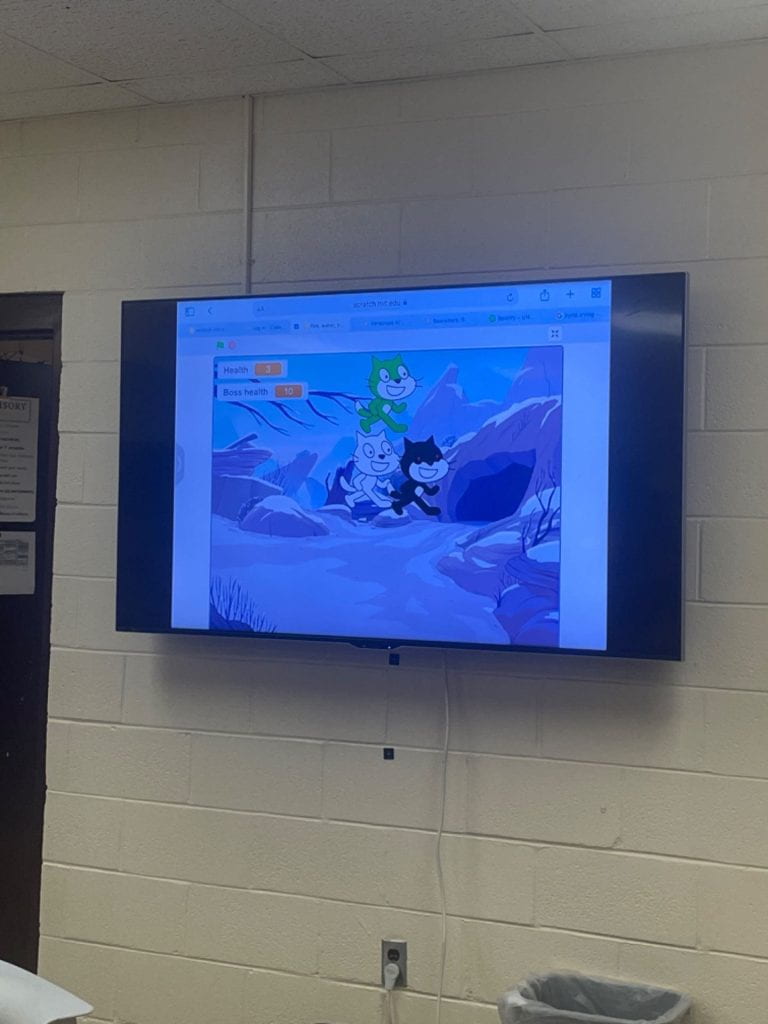 I made a project around a wisdom tale for school. Wisdom Tales is a book containing ancient stories from around the world. I chose the story Fire, Water, Truth, and Falsehood. This story is about four personified forces and concepts that go to a mountain. Falsehood tricks everyone into killing each other so he gets more meat. The truth and falsehood fight and then wind appears and resolves the conflict.

For my project, I did a Scratch project, the only coding I had access to on the school iPad. I made a little animation with a very basic fighting code so you could play as Truth and fight Falsehood. The link is at the top. 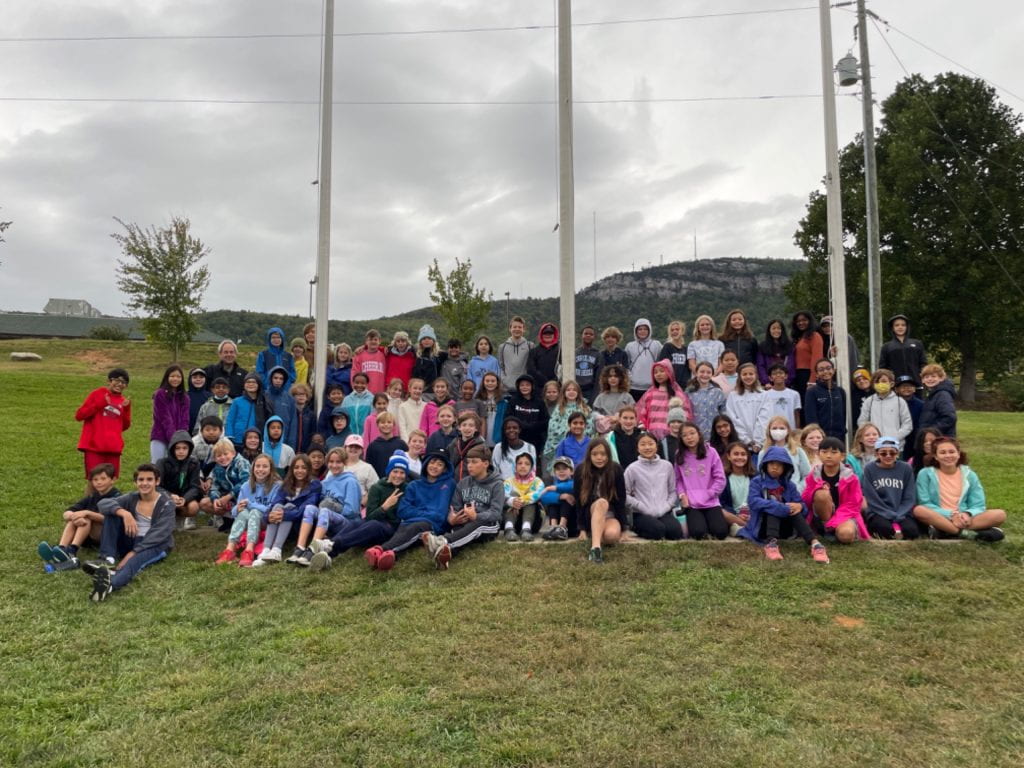 It was Thursday morning, the entire sixth grade was waiting to get on the bus to Camp Hanes for their first overnight field trip. They all piled into the two charter buses, the buses were loud with the sixth grade’s constant talking. On my bus we watched Madagascar, a very interesting movie. I talked with Cyrus about politics along the way. We drove past the lake in Camp Hanes and the bus stopped, we got off and threw our luggage into the indoor gym and walked to the conference room. Once we arrived in the conference room we had to wait for one of the staff and Mrs. Stanbury get the cabin lists, while we waited, we played four corners and it was pretty fun. After we got the cabin list I was in a cabin with the boys in my advisory and Mr. Harris’s advisory, we were in cabin ten. We started to settle in, I was above Benjamin in the bunk bed and I payed out my sleeping bag and found out the flashlight I was gonna use was out of battery. Then we got ready for all the good activities that would come, this was the beginning of our Camp Hanes adventure.

We did many activities over the course of our time at Camp Hanes, but one that stood out the most was the rock climbing wall. Next to the main climbing walls, there were small columns with their own challenges that you could climb to get to the sky hammock. One was like a spider web of logs that was difficult to climb up on and to climb down, the other was a series of diagonal rock walls with passageways to another diagonal wall. I immediately went to the log spider web that was very high and would take a bit to climb, I started going up but there were people climbing at the same time so I had to wait. After climbing either of those ways, you could get to the sky hammock which had a nice view of the lake. I had to go down the diagonal rock wall and at one point I slid down into the entrance to another part of the diagonal rock wall which kinda hurt but was surprising. There was also the main rock climbing. I didn’t make it up very far but going down was fun because it feels like you’re floating. The rock climbing wall was really fun and there was a lot to do on it so it was definitely my favorite activity.

I read the book Finding Someplace last summer. The story followed a girl named Reesie who had to leave her home when Hurricane Katrina struck New Orleans. She packed her backpack with all necessary items for her departure, she thought of all things she might need to bring and brought them. After reading this book I was tasked with writing and drawing all the items that I would bring in this situation.

There would be many items I would want and need but these are the ones that are most important, so here they are. I would get the passports and credit cards for any emergencies that involve exiting the country, I would bring some cash just in case. I would get some fruits and sandwiches so I can be full and content on my journey. I would bring some Doritos because Doritos are good. I would fill my water bottle and strap it on but also bring a water filter so I can drink the flood water if I run out of water. At the Superdome I would enjoy something comfortable to sleep on so I would get a sleeping bag, pillow, and neck pillow. Entertainment would be necessary so I would grab a book, phone, Nintendo Switch, portable charger, and switch portable charger. I would have to have clean clothes because the clothes I was wearing would smell of floodwater, so I would get those. Lastly, I would bring a journal and pencil to document this journey.

This would require a large backpack, I would have to be very fast as I got the items I required, at least before the flood water takes it away into the darkness of the water. Escaping would be difficult but I could manage it. So in conclusion, if Hurricane Katrina struck Durham, these would be the first items I would nab.